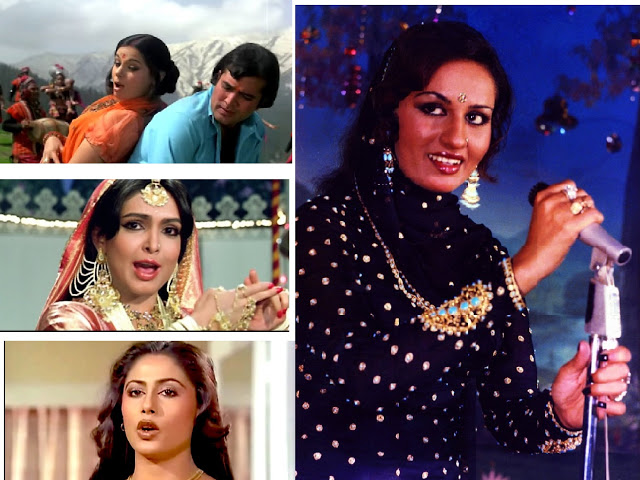 Those were days when producers and directors gave special attention on music and story more than anything. J Omprakash was one of them. He is no more. He passed away today. He was 93 years old. For new generation, he was grandfather or Nana (some channel misinterpreted and translated it as Hrithik’s dada without general knowledge that his dada was great music director Roshan) of Hrithik Roshan. His daughter Pinky married to actor-director Rakesh Roshan. Famous model and actor Deepak Parashar is his Bhanja or nephew.


From these names, you can easily draw an observation that he was predecessor of Rakesh Roshan and Ekta Kapoor whose films or serials always used to start with ‘K’ letter. J Omprakash was born in Siyalkot of Punjab state (which is now in Pakistan) on 24 January 1927. His banner name was Filmyug. His most of films barring ‘Aakraman’ and few, were family centric. His first film was Rajendra Kumar and Vaijayantimala starrer ‘Aas Ka Panchi’ (1961). From his very first film, he showed his sense for music. As, Shankar Jaikishan were music directors, there is no doubt that music ought to be good, but in few films, it was not so. And after this film, he worked with Lakshmikant-Pyarelal, R. D. Burman, Rajesh Roshan (his son in law Rakesh Roshan’s brother) and then Nadeem-Shravan. Barring Nadeem Shravan in ‘Aadmi Khilona Hai’ and his few last films, his films used to be musically hit. In ‘Aas Ka Panchhi’, ‘Tum Ruthi Raho’ is popular today even now. Film was successful on box office.


For his production’s ‘Aankhon Aankhon Mein’ which had his son in law, Rakesh Roshan as hero with new comer Rakhee as heroine, he turned back to Shankar Jaikishan. It had so-so music. Title song is popular. With ‘Aap Ki kasam’ he turned to director. This film had hit pair of Rajesh Khanna-Mumtaaz. Now he chose R. D. Burman. And what a classic album! Romantic song ‘Karvatein Badalate Rahein’! Masti song ‘Jay Jay Shiv Shankar’! ‘Suno Kaho, Kaha Suna’ (I use to say this is toilet song in lighter way), ‘Aaj Muhabbat Bandh Hai’! Classical song ‘Chori Chori Chupke Chupke’! And above all, sad song which had running train rhytham – ‘Zindagi Ke Safar Mein Guzar Jaaten Hai Jo Mukam’.


At time where Indira Gandhi and Congress’s sun was at its peak, he dared to make film reportedly based on Indirajee’s life – ‘Aandhi’ directed by Gulzar. Its music was also composed by R D Burman. And yet another classic album! ‘Tere Bina Zindagi Se Koi’, ‘Tum Aa Gaye Ho Noor Aa Gaya Hai’, ‘Is Mod Se Jaate hain’, ‘Salaam Kijiye’. It got won best actor Filmfare award for Sanjeev Kumar and Filmfare best director for Gulzar. It was banned by Indira Gandhi government.


After ‘Aandhi’, it was ‘Aakraman’, in which he was director. Its patriotic ‘Qawwali Gayenge’ song was frequent on Chitrahaar/Chhaaya Geet in Doordarshan old golden days. Music was by L.P.
Then came ‘Apnapan’. With this film, J.O. turned to Jitendra, Rakesh Roshan’s friend. J.O., Jitendra and Reena Roy gave three hit films ‘Apnapan’, ‘Aasha’ and ‘Arpan’. It has memorable song ‘Aadmi Musafir Hai’ which I learnt to play on Harmonium by myself when I was in 12thStd. So close to my heart with its Harmonium based tune by L.P. (my eldest sister Smt. Sonal Gohil used to tease me by pronouncing Gujarati short form of Lakshmikant Pyarelal as La.Pya. which means if read together a boring person), Mohammad Rafi-Lata’s mesmerising voice and philosophical lyrics by great Aanand Bakshi. ‘Somvar Ko Hum Mile’ was OK. ‘Is Duniya Mein Jeena Hai’ was good.


‘Aashiq Hun Baharon Ka’ was his other directional film. It had Rajesh Khanna-Zeenat Aman pair. ‘I am in love’ was good, not other songs.


But ‘Aasha’ proved to be more hit album in my view than ‘Apnapan’. ‘Shisha Ho Ya Dil Ho’ is favourite song of people with broken heart and included in almost all albums of sad songs. ‘Dhak Dhak Se Dhadkana Bhula De’, ‘Tum Ko Salaam Hai’ and ‘Jaane Hum Sadak Ke Logon Se’ were good. My favourite song from this movie is ‘Aashao Ke Angan Mein’ after ‘Shisha…’ song.


‘Apna Bana Lo’ was directed by him. L.P. were music directors. It had ‘Apne Apne Miya Pe Sab Ko Bada Naaz Hai’ song sung by Asha Bhosle. It seems that it was made for Rekha jee only. She performed it very well. Ashajee mimicked Shamshad Begum with Kahi Pe Nigahe lines in this song. This song can be said female version of ‘Mere Angane Mein Tumhara Kya Kaam Hai’ which was picturised on Rekha’s said to be lover at that time Amitabh Bachchan. ‘Dekho Koi Pyar Na Karna’ and ‘Mujhko Apna Bana Lo’ were Ok.


‘Arpan’ was also hit album from J.O. and L.P. trio. It has my favourite ‘Likhnaewale Ne Likh Dale’. When I was to shift to Amdavad for Divya Bhaskar job, I wrote my final piece in my column ‘Cine Vision’ published in Sunday supplement in Bhavnagar’s daily ‘Saurastra Samachar’. I included lines of this songs in that column piece. Milna Bichhadana Reet Yahi Hai, Har Yahi Hai, Jeet Yahi Hai, Mera Aakharee Geet Yahi Hai… And in final lines where there comes sobbing sound from Lata Mangeshkar, we also get carried away. ‘Pardes Ja Ke Pardesiya’ and ‘Tauba Kaise Hai Nadan’ was also hit song. Anwar’s song ‘Muhabbat Ab Tijarat Ban Gayee Hai’ was also good sad song. Interestingly, ‘Shisha Ho Ya Dil Ho’ and ‘Likhanewale…’ had dancing rhythm but Reena Roy and Parveen Babi performed it standing in respective songs with only facial and hand gestures. This was like ‘Jane Kyon Log Muhabbat Kiya Karte Hain’.


With ‘Aap Ke Saath’, he turned again back to L.P. ‘Jind Le Gaya’ is my one of the favourite song sung by Lata Mangeshkar/Anuradha Paudwal (I doubt who is original singer as songs in both voice can be found on youtube). This had similar aalaap in beginning of song as in ‘Zihal-E-Miskin’ (Ghulami). Salma Agha had become popular due to her ‘Nikaah’ songs. But those were soft songs. In ‘Aap Ke Sath’ L.P. made her sing ‘Mera Naam Salma’ featuring Rati Agnihotri. We used to sing this song with nasal voice. Typical Shabbir Kumar style song ‘Aane wale saal ko salaam’ was regular on Doordarshan around 31st December.  In this song, veteran Sundar (wrongly spelled as Sunder) says, ‘Huzoor, aap Anand Bakshi Ki Tota Meina Ki kahani suna rahe the’.


His directed movie ‘Bhagwan Dada’ featured not only son in law Rakesh Roshan but also nati (नाती) Hrithik Roshan as child artist. Rajesh Roshan composed tunes for this film. ‘Tujse Pahle’ was typical R.R. song. But it was not J.O. type film and also Rajesh Roshan was not in full form for this film. Rakesh Roshan used to have Kishore Kumar as play back singer most of times, but in this film it was Mohammad Aziz who sang for him and didn’t match at all! Star cast was best- Rajinikanth, Sridevi and Rakesh Roshan, but film was totally failed. It is said that J.O. was sick and hence Rakesh Roshan himself directed some portion of the film. Hence this result!


His Midas touch was gone by then. His produced and directed ‘Agnee’ was also flop. It has L.P. music but they didn’t also give their good (if not best). ‘Sajni O Sajni’ was regular song on DD but it is OK song. ‘Mil Gaye Dil’ is also OK Song. Mukhada of ‘Kaha Laaya Mera Yaar’ seems to be ‘inspired’ by ‘Tu kaha gayi thi’ from ‘Dharam Karam’. Then came ‘Ajeeb Dastan Hai Ye’ in 1992 but very few (perhaps only those who keep record of each and every Hindi film) may be knowing when it was released and when it was taken off from screen. ‘Aadmi Khilona Hai’ had J.O.’s favourite Jitendra and Reena Roy. But it didn’t attract people as it had neither good story nor music. ‘Afsana Dilwalon Ka’ was his last film which perhaps didn’t last for weeks. Few may be remembering its cast and other things.


Anyways, this happens with many directors and producers. Be it Manoj Kumar or Subhash Ghai. We have lots of good memories in way of J.O.’s films and treasury of melodious songs. May Prabhu bless his soul peace!